Social drama Our Warehouse for which Tjaša Mislej won the 2020 “Slavko Grum” Award is a witty drama from our surroundings and time. Explaining the granting of the award, the jury stated: “Four invisible female workers, warehouse workers, in the dystopian world of hyper-super-mega-max-stores, hidden from the eyes of customers and the public, arrange food items from large and small boxes on shelves, stick labels on imported goods, move full and empty packaging up and down, then back again... in infinite uniformity.

In forcibly voluntary isolation, in a horrifically huge warehouses, as if in a concentration camp, with little contact with the outside world, these four workers work, eat, wash up and sleep. Before going to bed, they are, very sparingly, allowed to watch only one television series and the TV show Talents. They go home, I guess, on Sundays; but not always.” It comes as no surprise that this particular text was the choice of the director Mateja Kokol, who has an affinity for social topics.

Through humor and communicative dramatic style, we follow the stories of women and the main and very painful, contemporary topic of exploitation of female labor, which is forced to sacrifice its health, beauty, soul, relationships and family and social life...

The mechanism of the capitalist system, which destroys any perspective for improvement, consequently reflects on the life course of certain dramatic characters who, despite their unyielding character, can hardly escape manipulation. The little man is in focus. But that ‘little man’ perseveres and acts persistently and earnestly, so that once, somewhere, future generations would live better and differently.

"All registers of text are preserved in the direction of Mateja Kokol, and the description "abasically sad comedy” is particularly accurate. The staging comes to life either in an intense comic play (when workers get out of the routine - seducing a new worker, consoling over "lost talents" ...) or in great sadness and friendly compassion. ... "

" ...What we saw on the stage in front of the moving screens on which bags of famous brands hang is the absurd position of four women. Their existence is determined exclusively by work. ... But the only thing more terrible than the weight of that monotonous work is a consequence, dehumanization visible as the silence of death of a lost customer and a worker, which is why Susie expresses doubt as to whether she is still a human being. "

"Although the drama touches on social issues and working conditions, Tjaša Mislej outlined the female characters accurately, characterized them with bold colors, so that they seem warm, sometimes a little wacky and cartoonish, i.e., comical and absurd..."

Music author and arranger of the song "Swallow"*: *: : Aleš Zorec 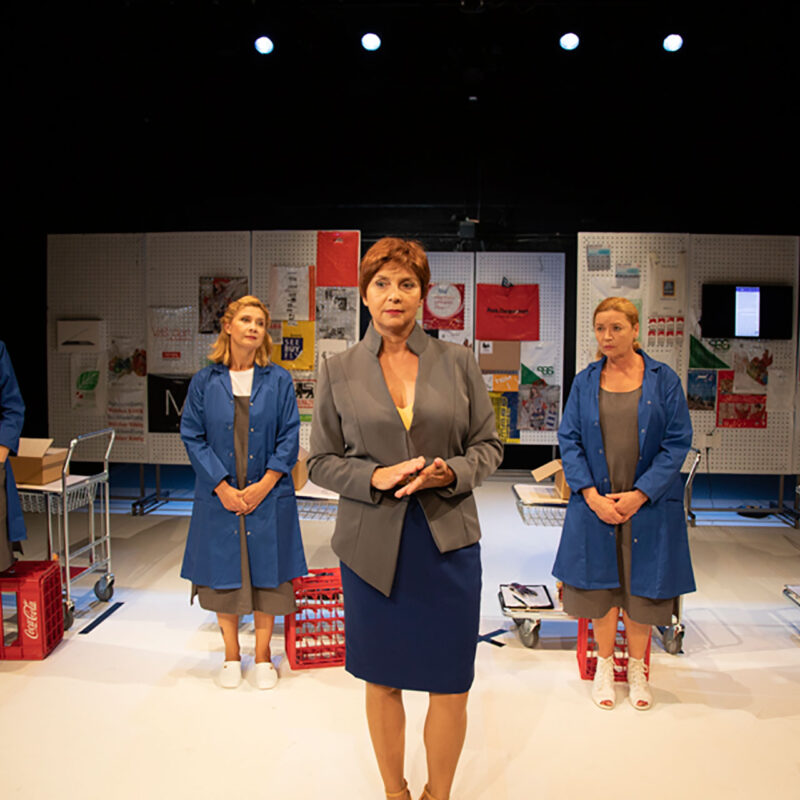 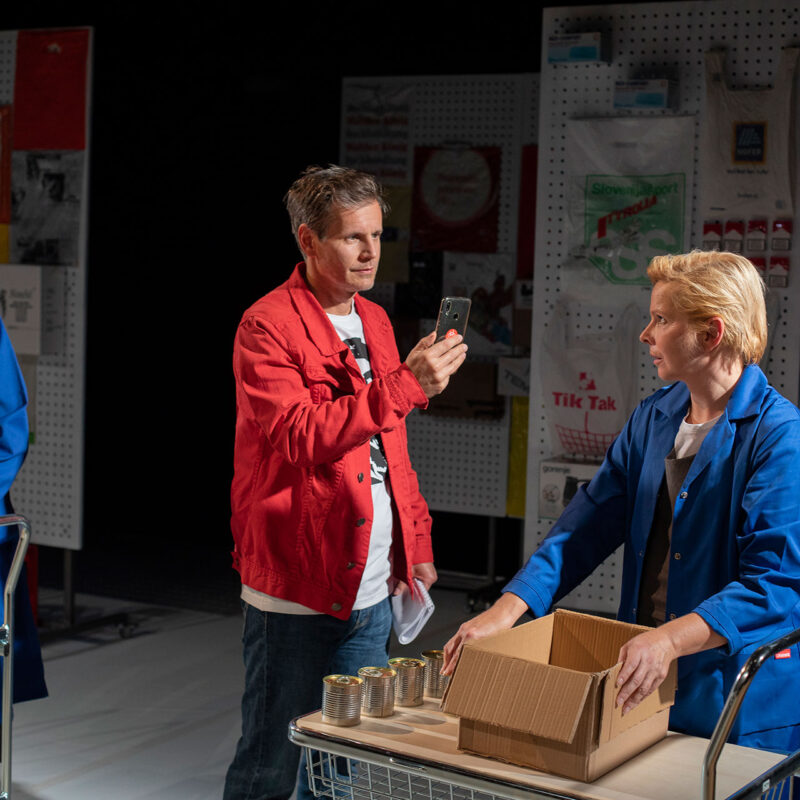 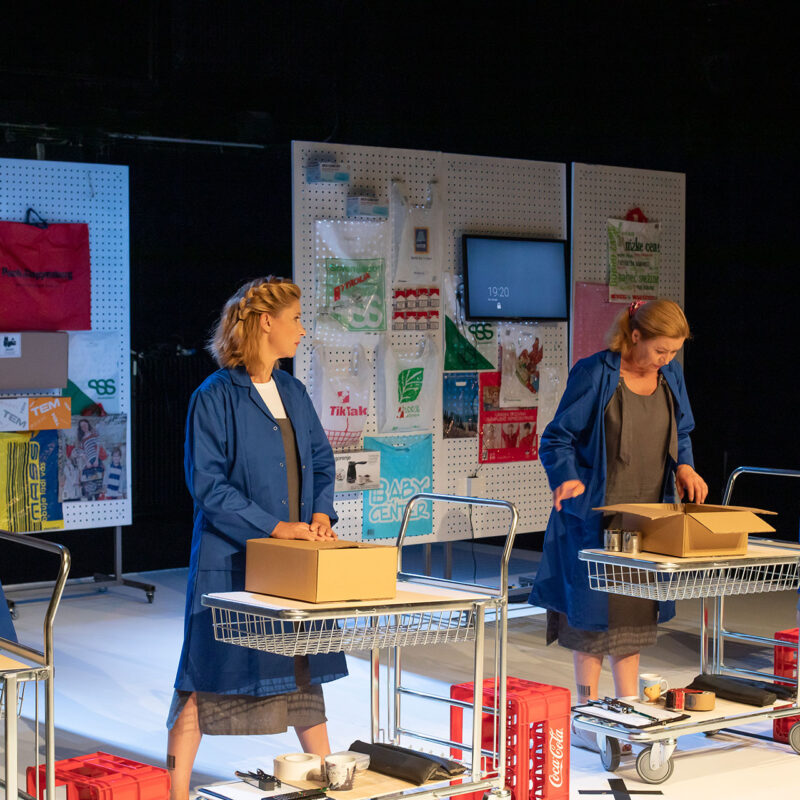 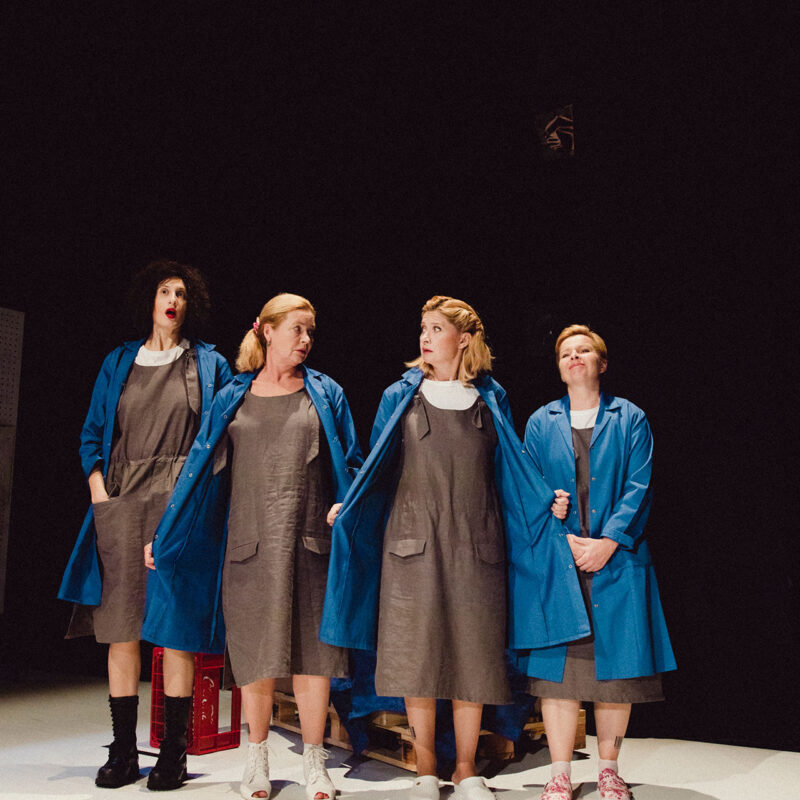 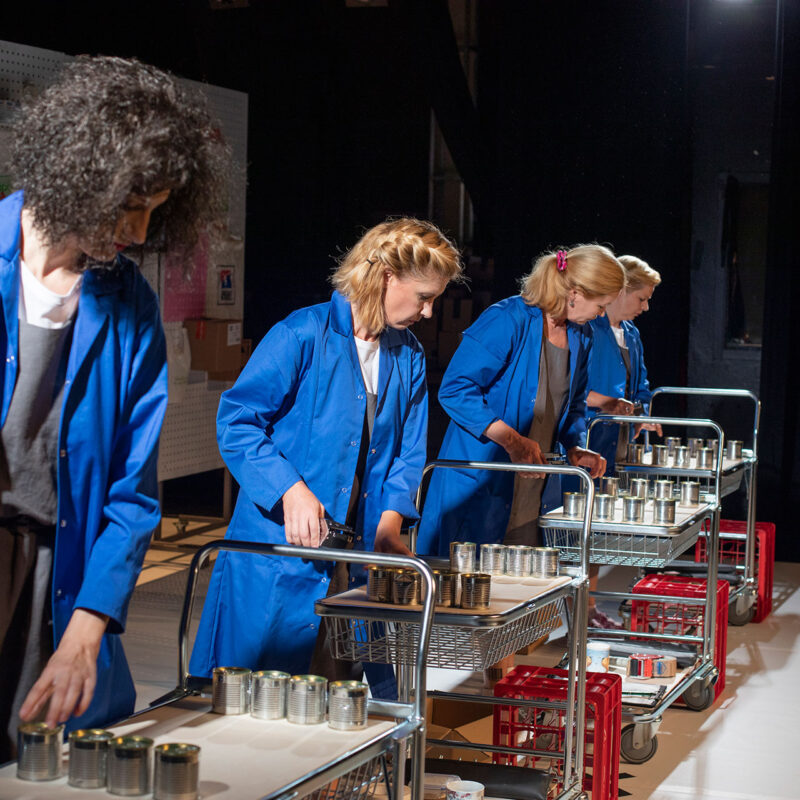 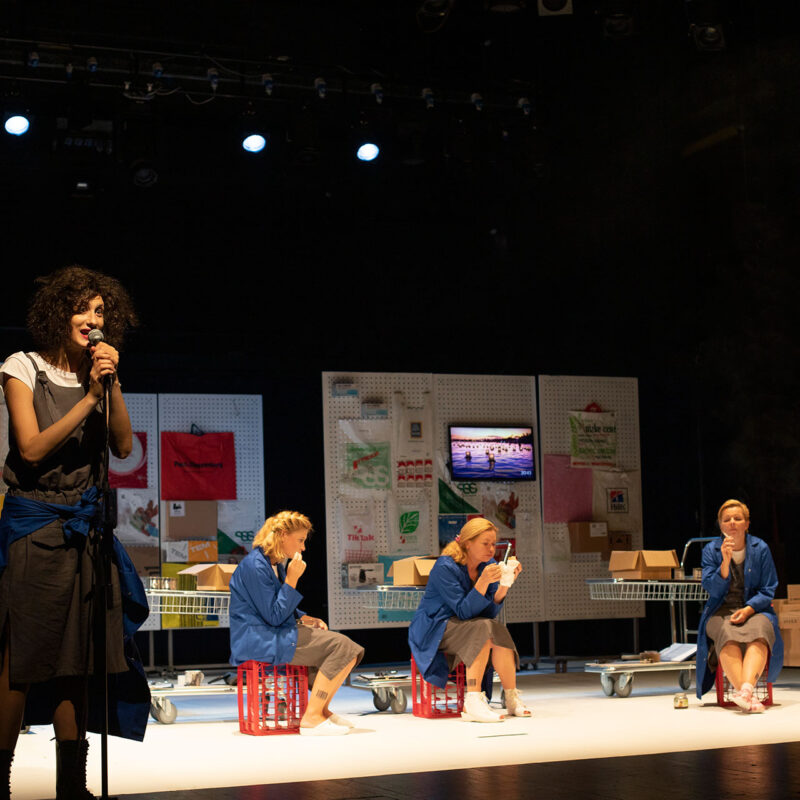 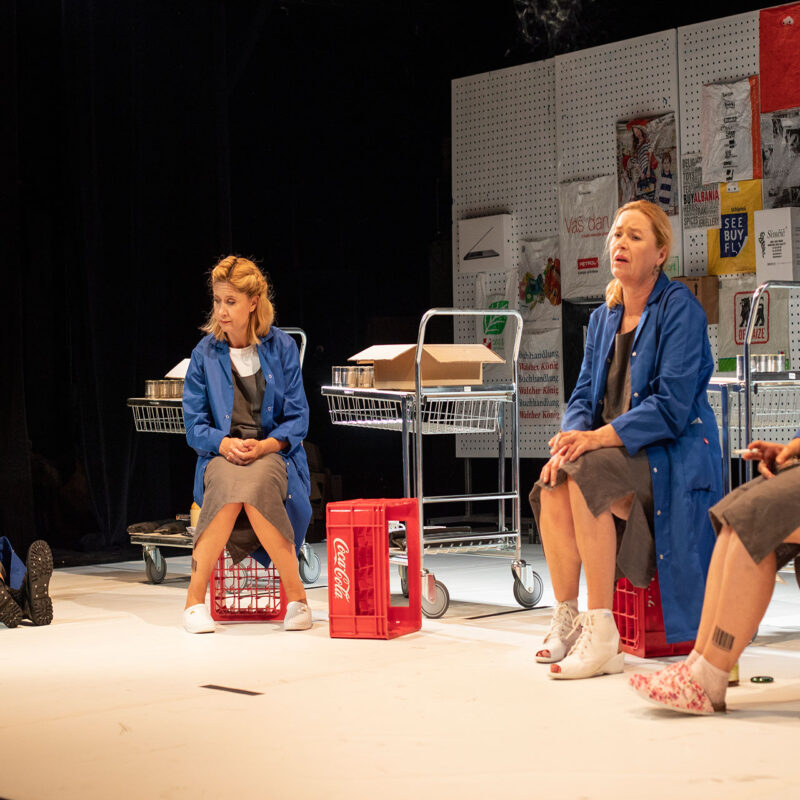