THE PERFORMANCE IS CANCELLED

In the first part of the performance, the audience is seated on the stage, and in the second part in the hall. Suitable for 16-year-olds and over

After nine months of depression due to his wife's departure, Mirna Ranković, the daughter of his former journalist colleague Aleksandar Ranković, who mysteriously disappeared, enters Besim's life. From that moment on, for Besim, there is no going back to the banality of everyday life from which he has been running away for so long in his life.

Are there ghosts? Did Aleksa really see Perkman in the mine? How did he disappear? Who is the woman with the bloodshot eyes? Can we see fears with the naked eye? These are just some of the questions that will accompany Besim, but also the audience on this journey to the subconscious world of our society. The performance Seven Terrors is a psychological thriller in which the audience, as well as the protagonist Besim, will not be sure what they see. The Guardian magazine declared Avdić's novel as one of the best paperback editions in Great Britain in 2014.

The end of the novel is open for interpretation. You can interpret it in a variety of ways, ranging from an apocalypse to a bizarre happy ending.

Honestly, I don't think my performances are provocative, I'm just trying to make them be truthful. The theatre is not there to applaud our established beliefs, much less to exclusively entertain us. I am interested in people, and people are capable of the most wonderful tenderness and the greatest evil. If a play, for instance, deals with intimacy, then I will explore all layers of intimacy: excitement and discomfort and nudity and shame and happiness and situations where we are funny and seductive and delicate and destructive and boring… I am interested in truth, and truth is always multilayered.

Author on the performance:

With full confidence I handed the novel over to Selma Spahić and Emina Omerović to adapt it for the stage. I collaborated with them on the stage adaptation of the book My Factory, and they significantly enhanced and improved the text, giving it perspectives that I, for various reasons, had overlooked.

The world of Seven Terrors is full of traps that his characters unsuccessfully try to avoid. The two of them moved through that world with ease and what we see on the stage is truly the world of Seven Terrors, “where loneliness leads the reality to fermentation, to the loss of shapes, boundaries, figures and colors,” as the good old Bruno Schulz has observed. When an excellent ensemble of actors introduces characters from the novel among us, we realize that some of them are quite familiar to us, more understandable than we thought. Then the last boundary collapses, the one separating the actors and the audience, the game and the reality. Theatrical darkness turns into regular darkness.

"Also, despite the fact that the boundary between the earthly and the demonic is almost invisible in the novel, in the performance it does not exist at all, since the director fully renounces the fantastic as a separate world in which dead horses fly to the sky; instead, she reverts the horror back into the human form, merging it with the everyday and turning it into the almost ordinary.”

"When you do horror, and one of its essential elements is war crime and torture, the depiction of that violence does not seem illogical. And in the performance Seven Terrors you won’t hear be hearing screams from the Music School camp, at least not with your ears and you won’t see the school at all. School is a ubiquitous supporting role, and the main one is told through the torture of Besim, a man capable of imagining screams, in his hometown, near the instruments played by children.” 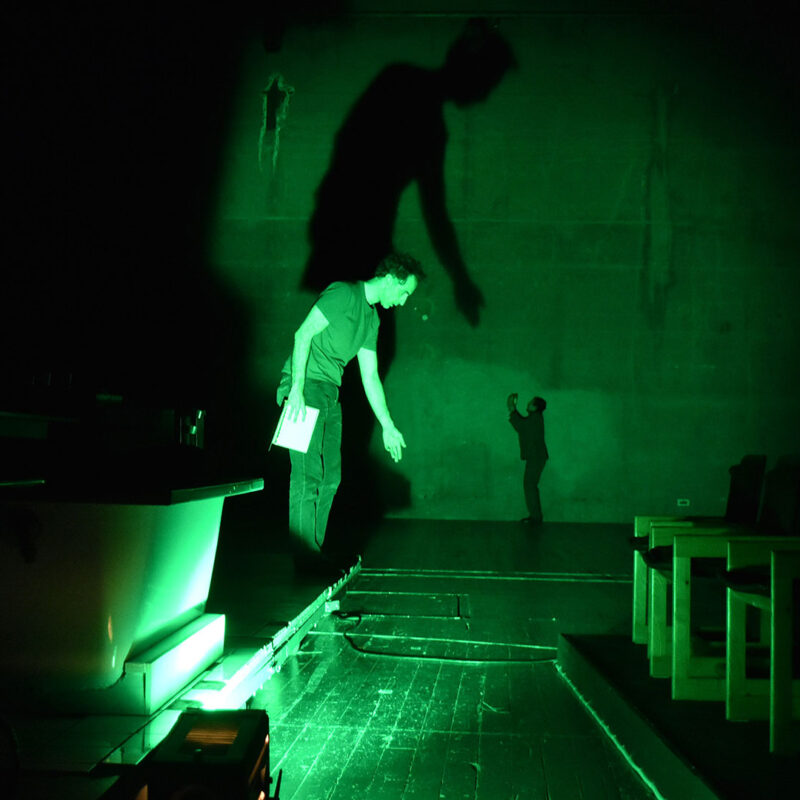 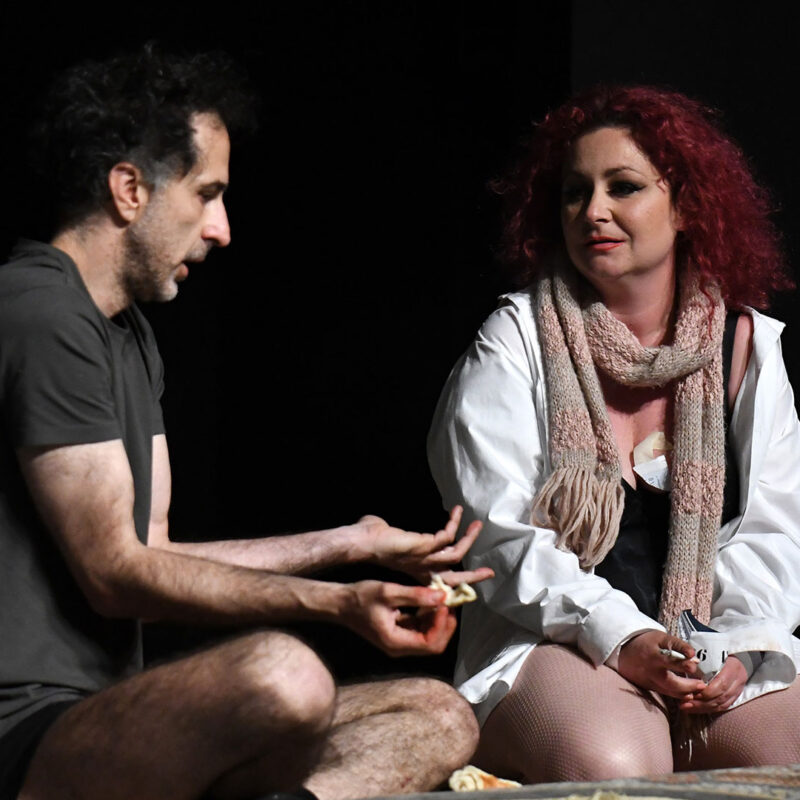 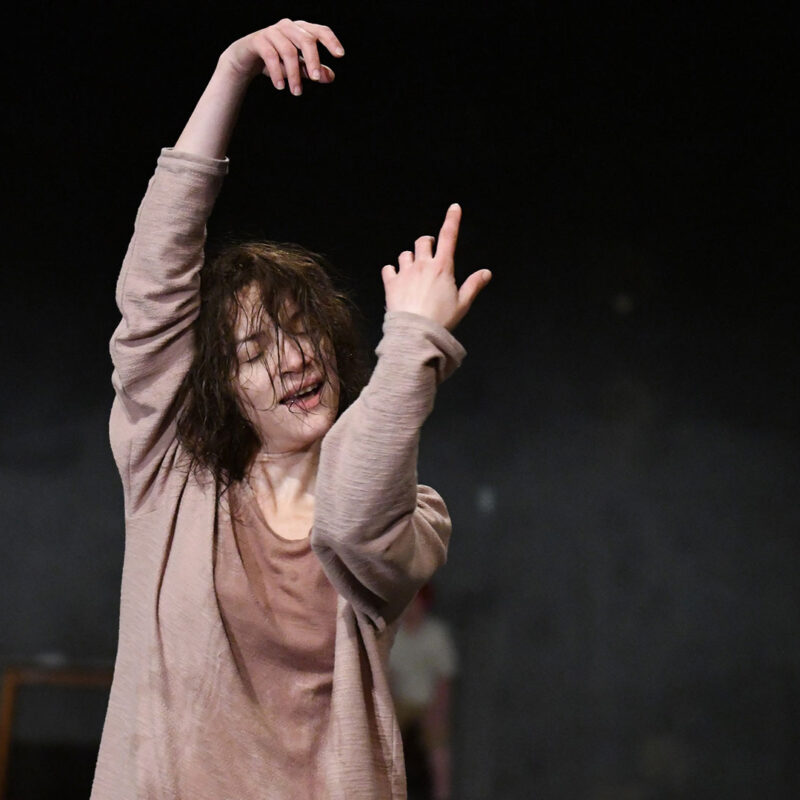 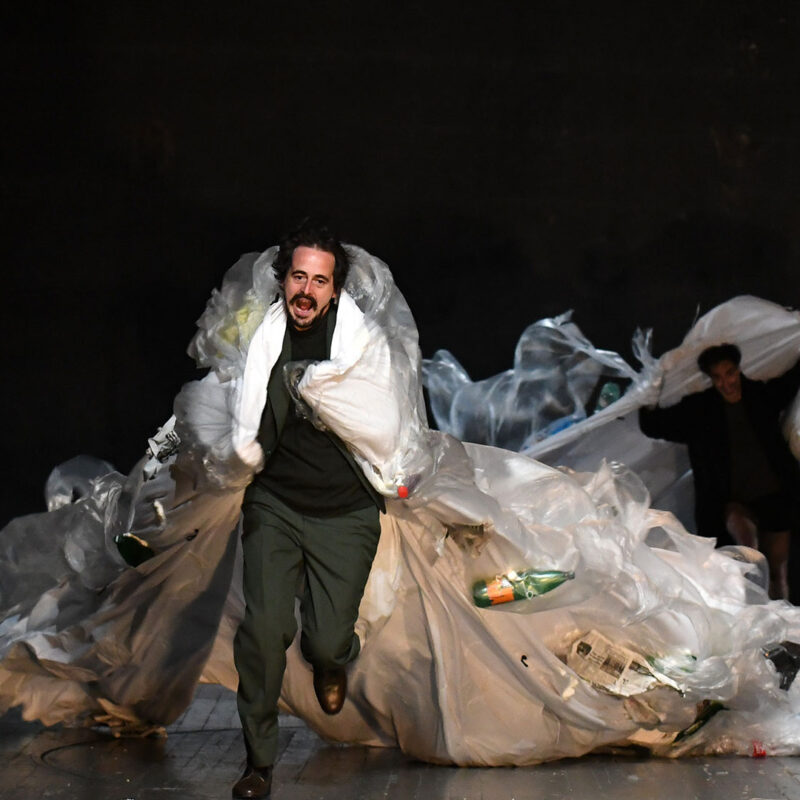 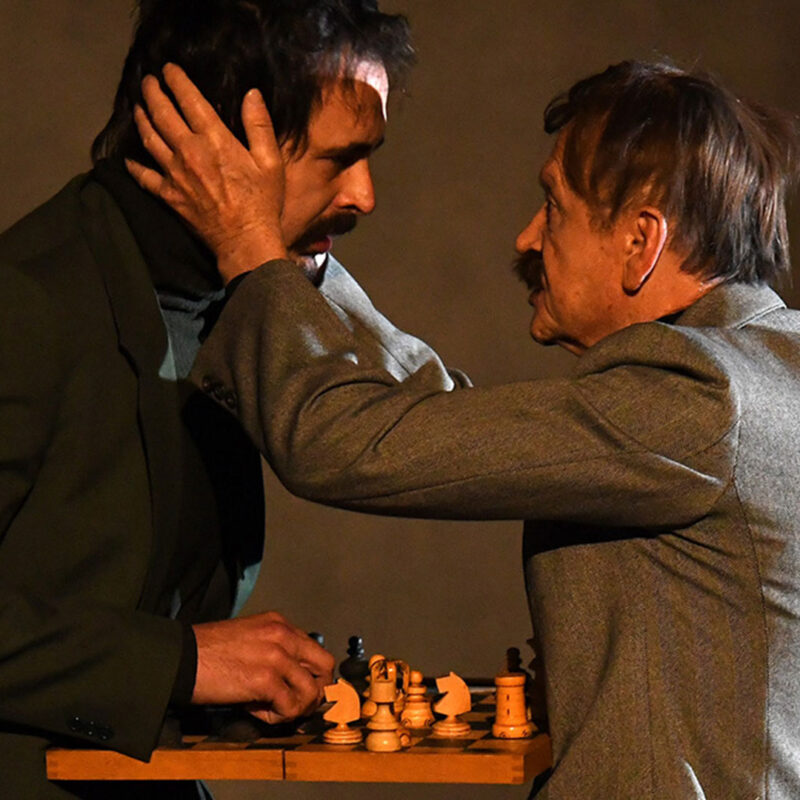 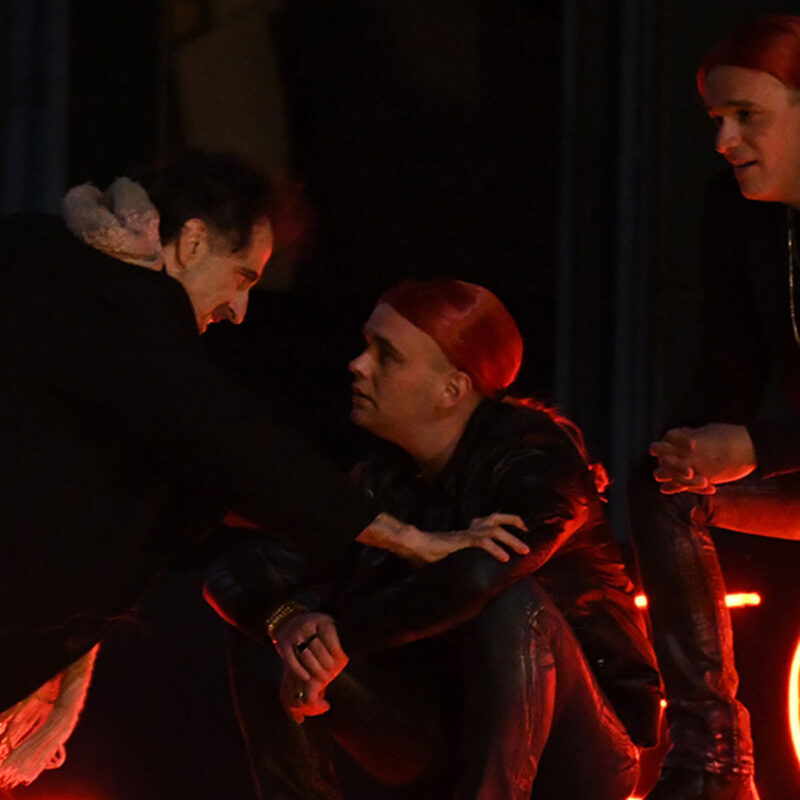 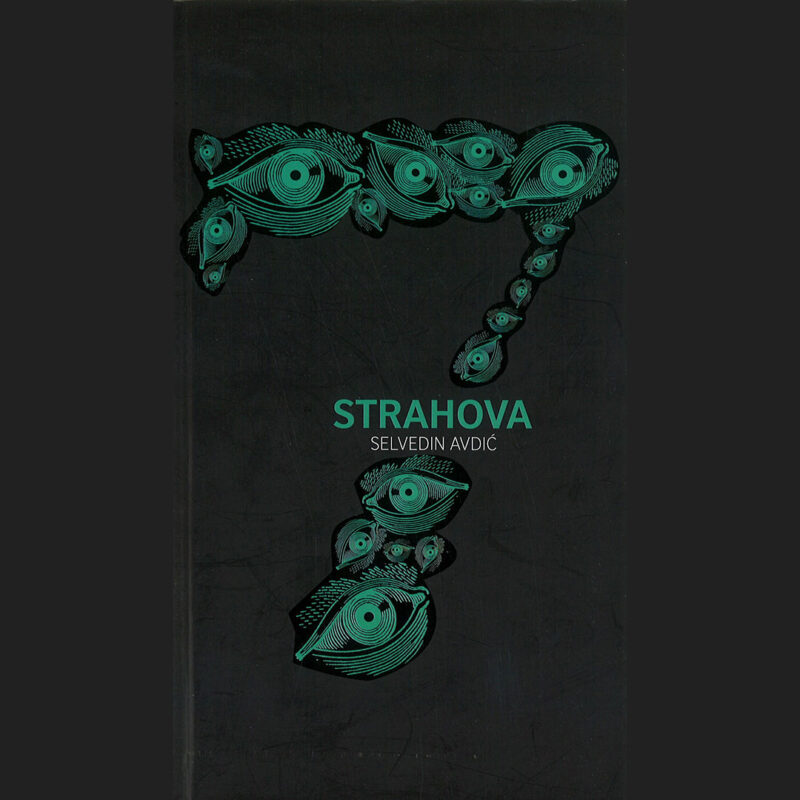 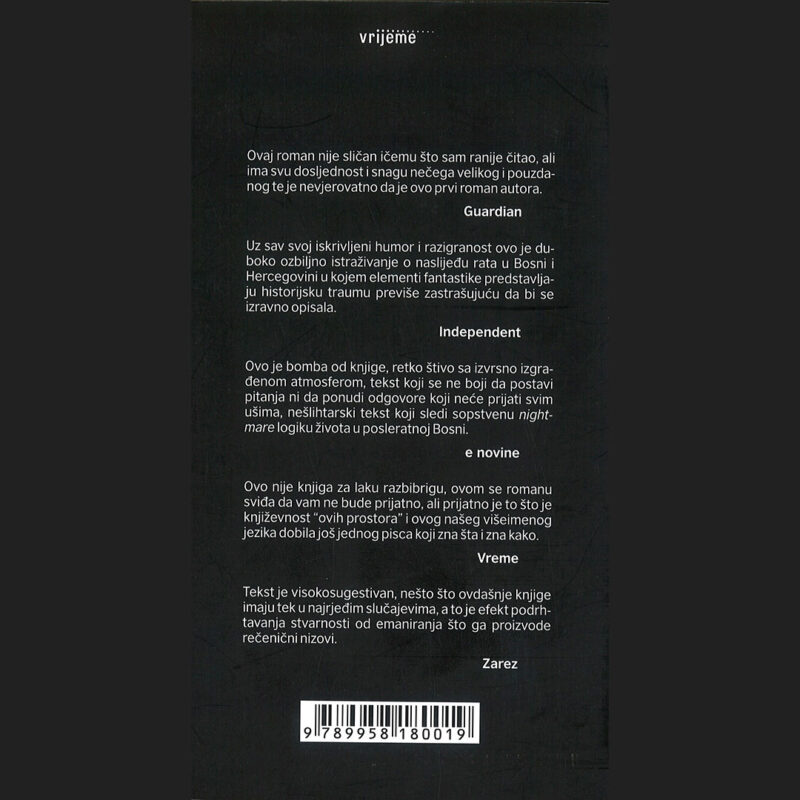