They Shoot Horses, Don’t They

Based on the eponymous novel by Horace McCoy

About the video recording, the performance and the "horses":

The online premiere of the performance They Shoot Horses, Don't They was on December 30, 2020, and the stage premiere at the National Theatre in Bitola will be on September 30, 2021. The theatrewas closed from March to October 2020. The work on the performance was soon interrupted due to the actors' illness and continued in December. Thisinformation best illustrates the situation in theatres in North Macedonia in the past year and a half.

In the online broadcast of the play, Martin Kochovski included, with intelligence and dramaturgical skill, the context of the closed theatre, the empty hall, the distance between people, in the technique around the stage and on the stage. No matter how much this performance is staged live in theatres and at festivals, it will never have that aspect of documentary recording and testimony of one moment, as a recording has. If there is one performance in this selection which (thematically) sublimates all others into the concept of LIFE AFTERWARDS in this region, then it is this one. It is at the same time a "shot" and a "snap," of all people, who in this once Yugoslav area, after 30 years, fail to survive the twisted, manipulative games of numerous (foreign and domestic) powerful capitalists and politicians.

The performance They Shoot Horses, Don't They, have two dramaturgical directions. The first is narrative and largely follows the screenplay and the novel, the second is semiotic, personal-directorial and has a subjective character and role. The narrative direction generally speaks of the desperate struggle of Gloria, Robert and other characters to survive during the Great Depression in the 1930s America. They see the last chance for survival in a cash prize of a brutal dance show that lasts for months, and of course, ends fatally. Psychophysical depression, which is an epidemiological disease these days, and was present even then, is the main theme of the narrative dramaturgical direction. The ubiquitous inhumanity of today is started and developed by another dramaturgical direction, which deals with the same topics as the first one, but in a contemporary context.

The subjective direction quotes, comments on and questions events, decisions and actions from our time, from 1977 until today, and goes into the near future as well. So, it encompasses a period that is identical to the period of the director's life. ... It is an interesting parallel, which occurs when historical events correspond with the narrative direction of a screenplay or a novel. Sometimes they coincide, sometimes they are in conflict, and sometimes they diverge. There is no clear line where the story line ends and the subjective, personal one beginsand vice versa.”

Dramatized and directed by : Martin Kočovski 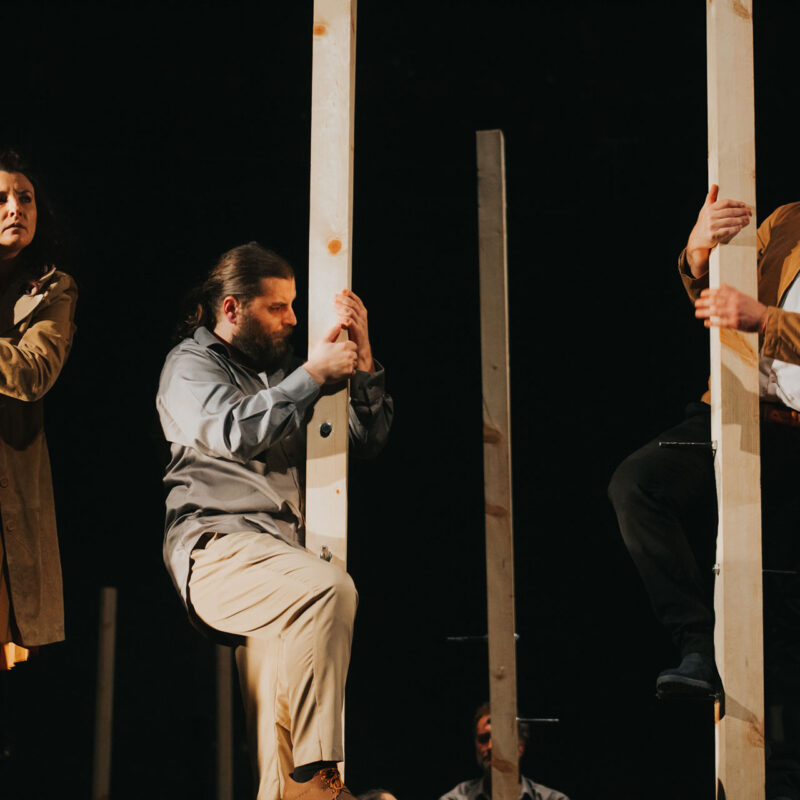 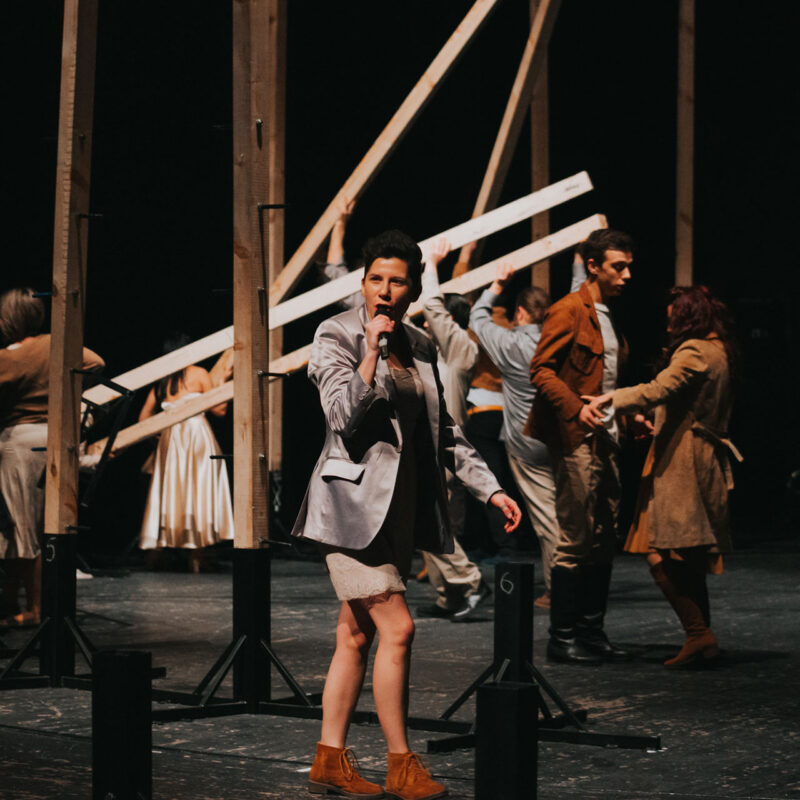 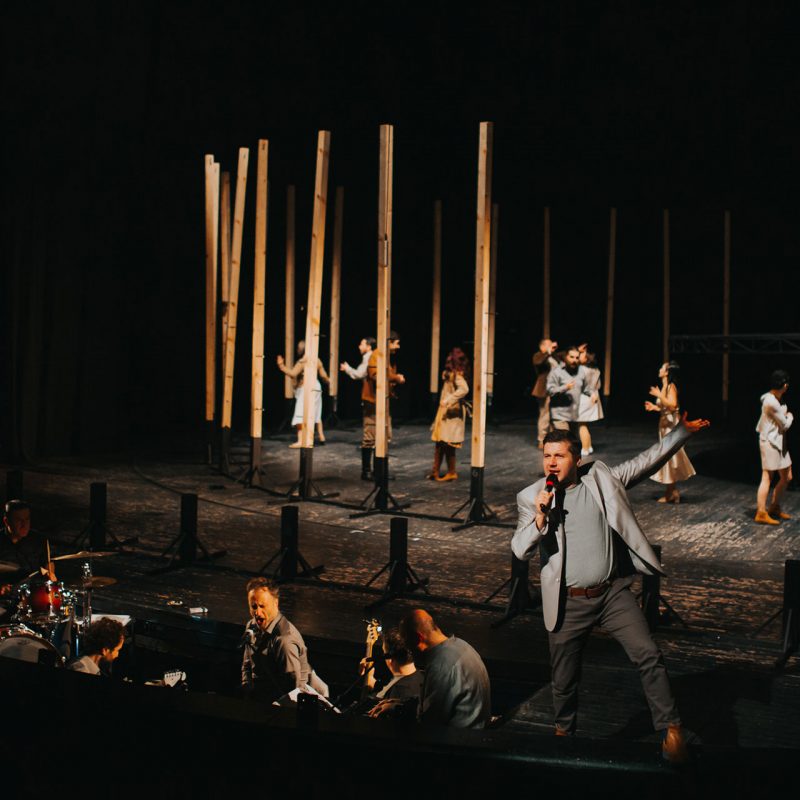 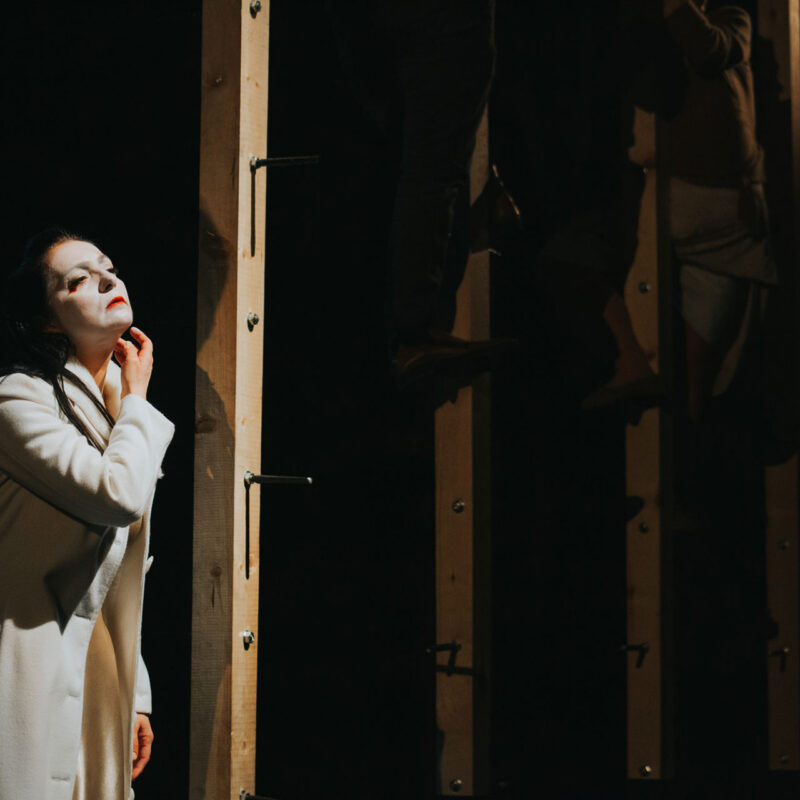 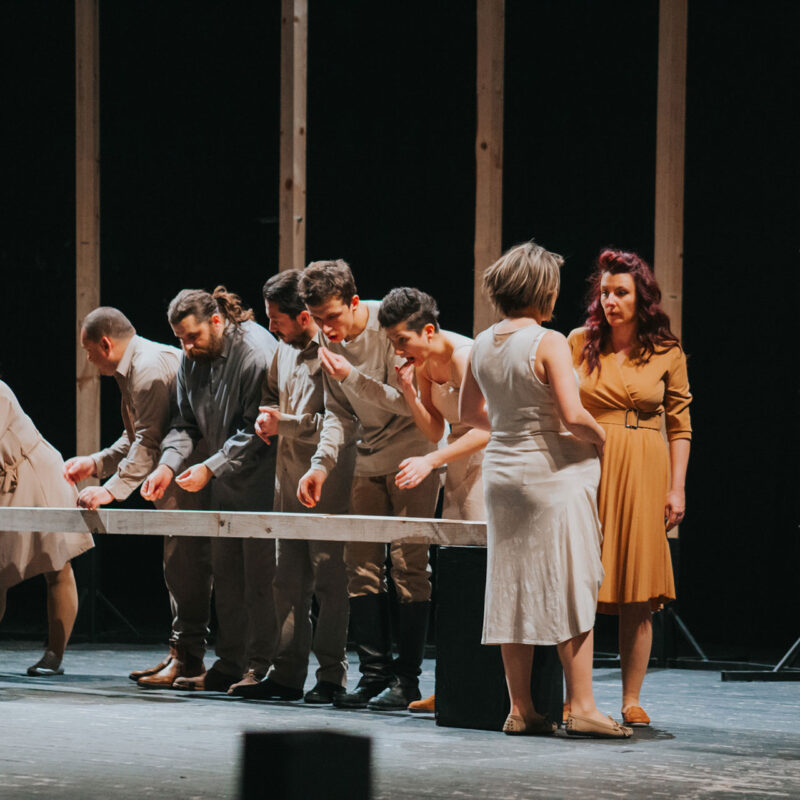 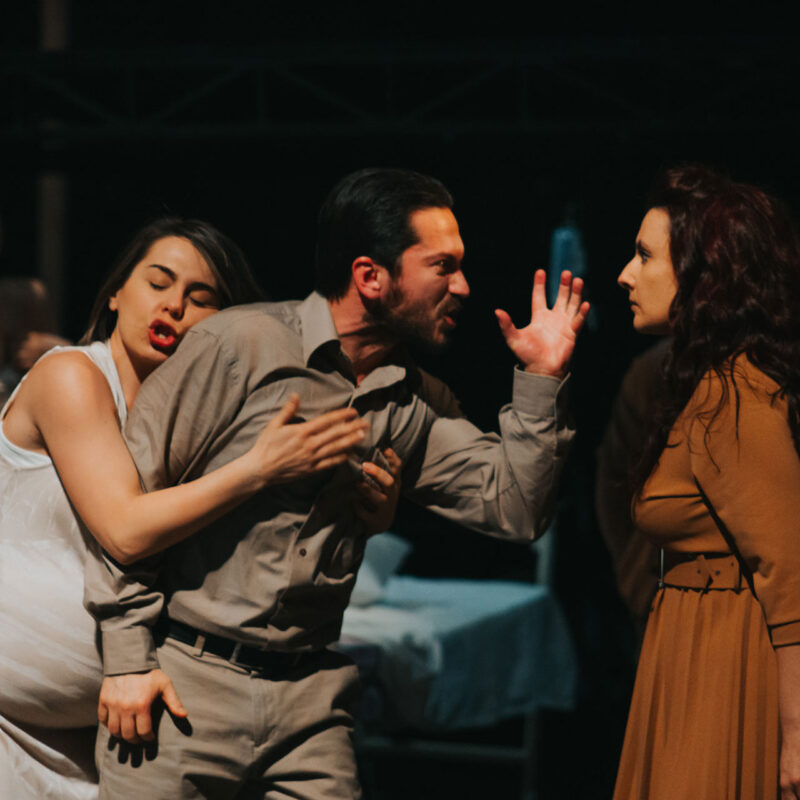 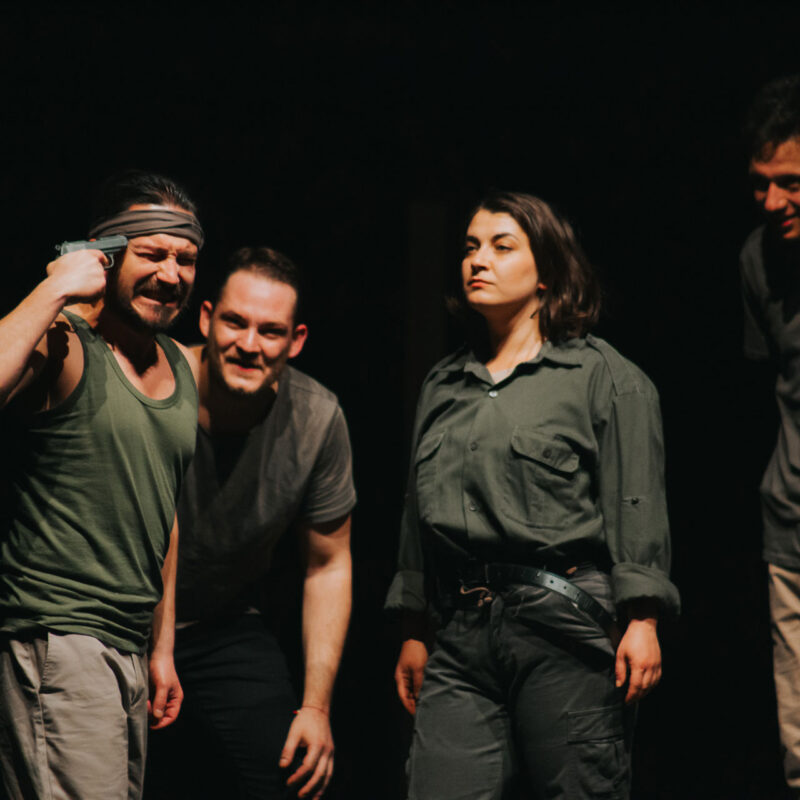 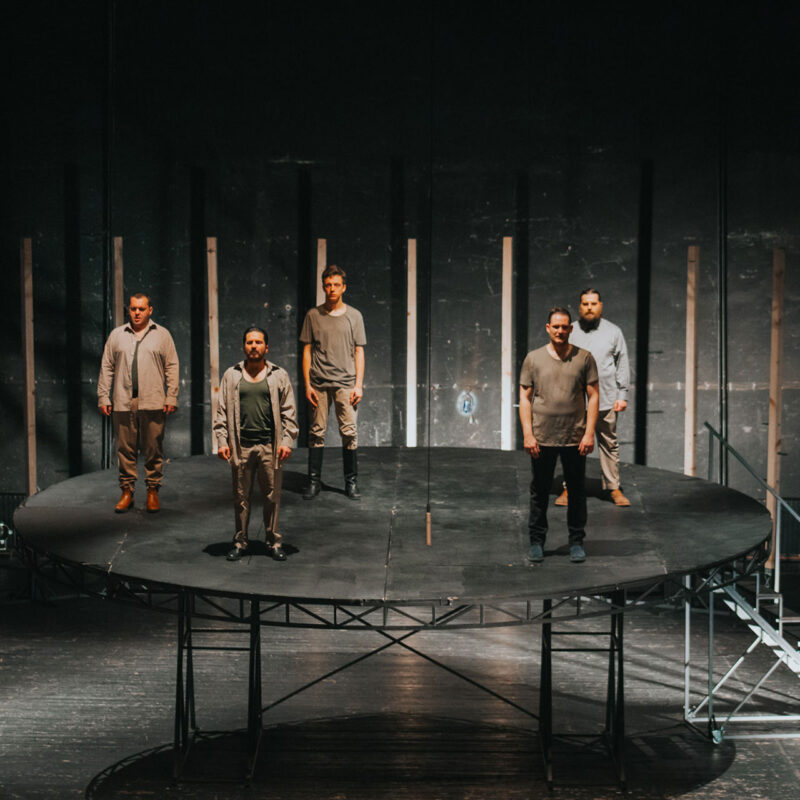 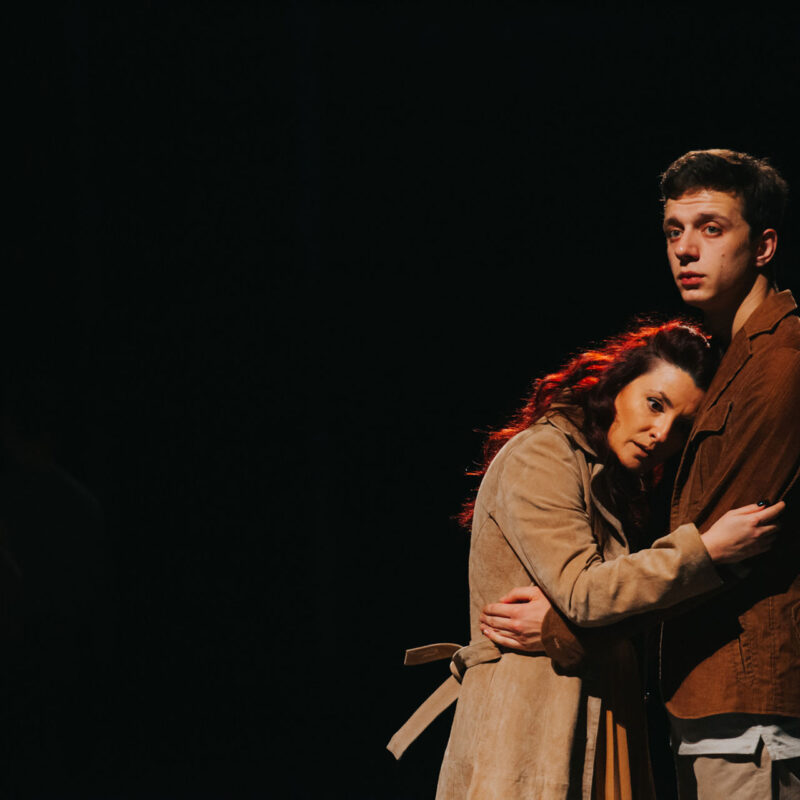