When You Gaze Long into an Abyss

Based on the eponymous novel by Enes Halilović

Enes Halilović's novel, When You Gaze Long into an Abyss, awarded with the "Stevan Sremac" Award, is based on true contemporary events in Novi Pazar. We follow the story of the prematurely grown-up sixteen-year-old girl Nejra, who carries the burden of poverty, the financial responsibilities of the family, until adulthood, when, due to all the terrible circumstances, her life ends prematurely.

Zlatko Paković, a director who bravely and uncompromisingly broaches traumatic and painful community topics in all the environments in which he works, doesn’t miss the mark this time either: A fresh image of Novi Pazar's powerful people and their affairs and days is just a part of a group of frescoes that encompasses the entire Serbian society - showing its criminalization, depoliticization, extradition and pornography.” Following his intention, the entire ensemble of the Novi Pazar Theatre consciously and bravely exposes itself on stage to the community in search of the truth and a conclusion that should worry us all: "If you are born into a poor family, and if you are honest, you will spend your whole life in misery, toiling only to barely feed yourself. Higher education will remain inaccessible to you. You will be humiliated and underestimated. You will be a commodity and a slave. Your children will be commodities and slaves themselves.” The performance When You Gaze Long into an Abyss, won six awards at the 66th Sterija pozorje, including the Best Performance Award.

That is the theme of this performance, and that is where, with the actors and actresses of the Regional Theater, my dramaturgical and directing research begins. We examined all the possibilities, however plausible, of changing the life of the female protagonist and created original situations in several variants.

Our performance mirrors the society and its norms. We were shaken by the knowledge we gained, discovering that customs, secular and sacral institutions exist mainly for people to hide their souls from themselves.

For the city and cities, in the Cultural Center of Novi Pazar, we have created a place where citizens can face their own souls.

Author about the performance:

When You Gaze Long into an Abyss, is a dialogue-based novel, like ancient dialogues. That form corresponded to this story where the philosopher provides the foundation, and Nejra, the heroine, narrates her truth, about growing up, falling in love, her jobs, hunger and sadness. Each of us wants to confide in someone, because no one has such a lid on their souls that would keep them forever silent.

Art has this ability to feed on art and thus multiply, and examples of that are dramas, films based on novels, and very often novels feed on film or theatre characters. It is all a whirlwind of art that we appreciate very much.

"The main function of consistently implemented meta theatricality in this sincere and strong performance is dialectical. The constant departures of actors from their roles open up a space of discussion and imagination, construction of new situations and possibilities, reparations the world. Theater is treated as an experiment in life, a chance to make it fairer. The meaning of these various means of theatricalization, according to Brecht, is to show that the world we have always known, a world steeped in lies, injustice, violence, the rule of injustice and abuse of power, is not an immutable fact. "

Written and directed by: Zlatko Paković 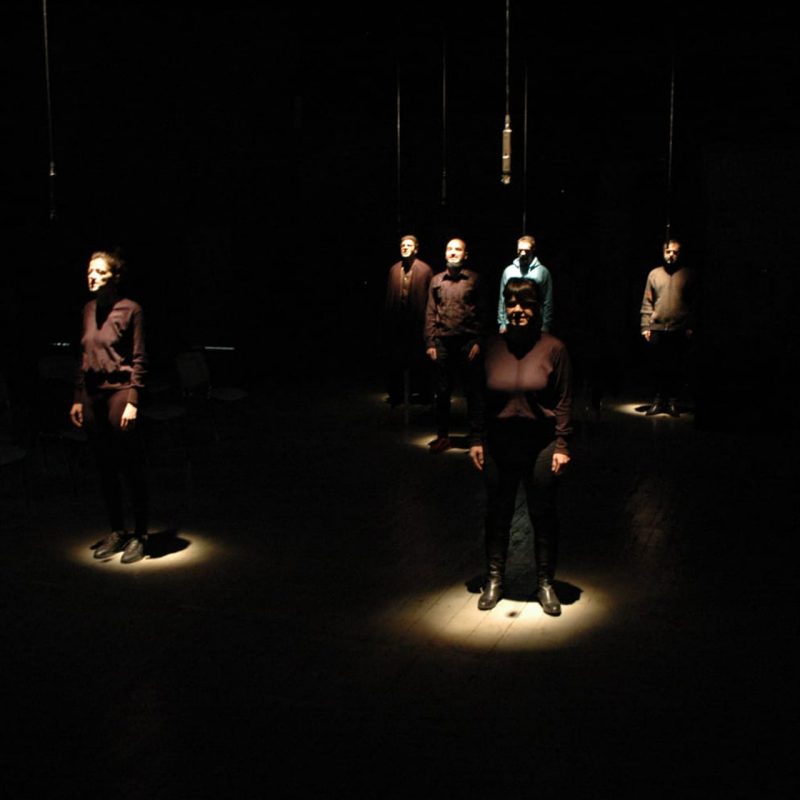 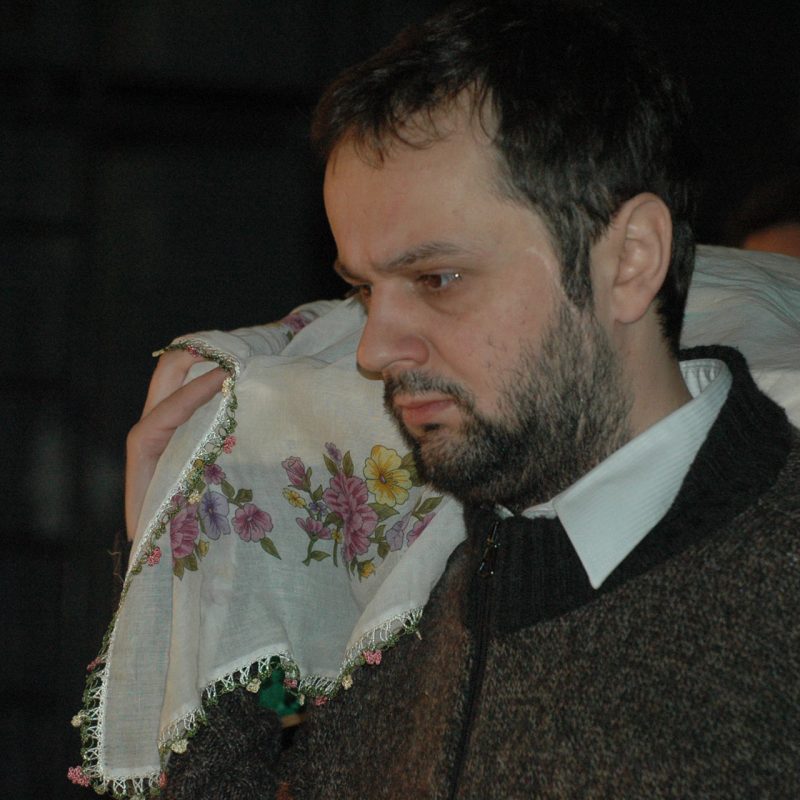 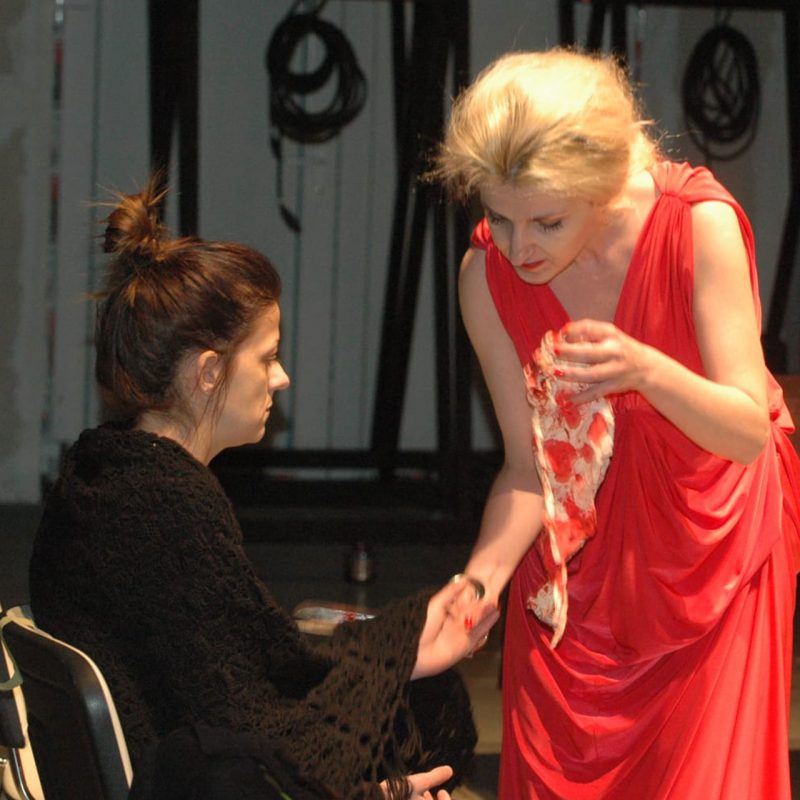 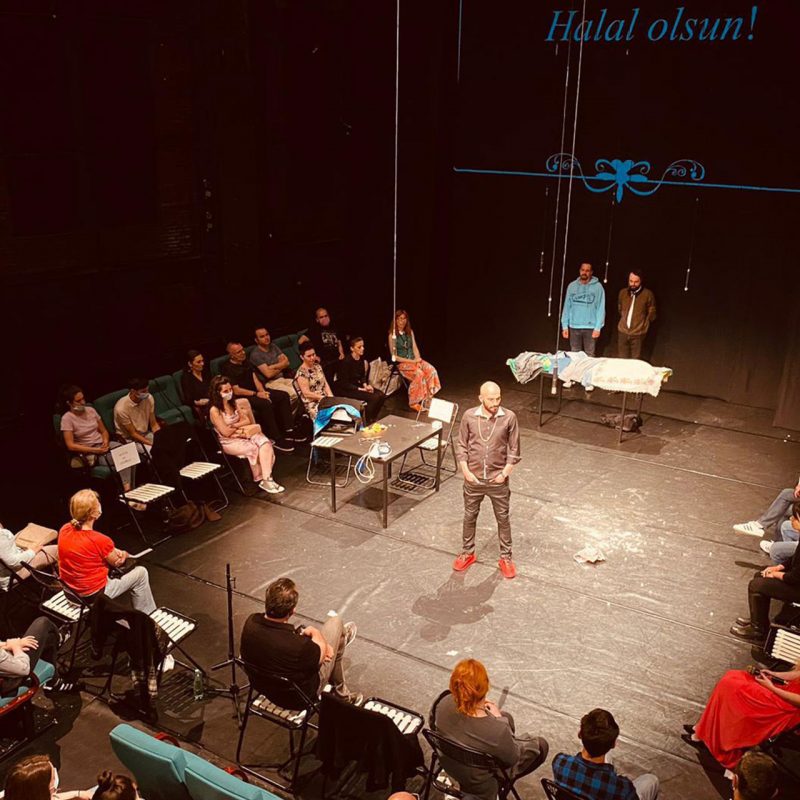 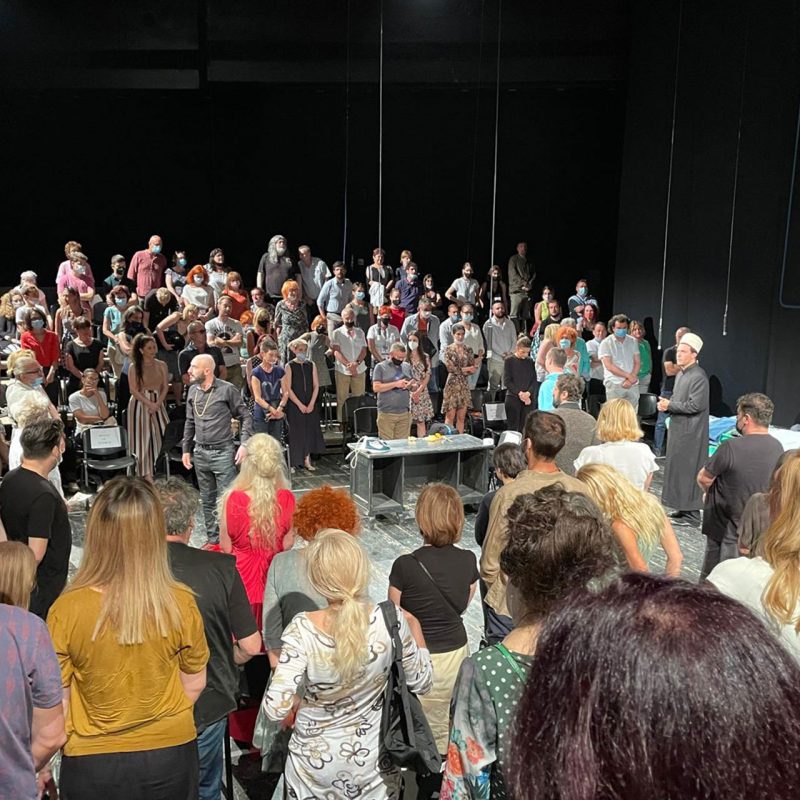 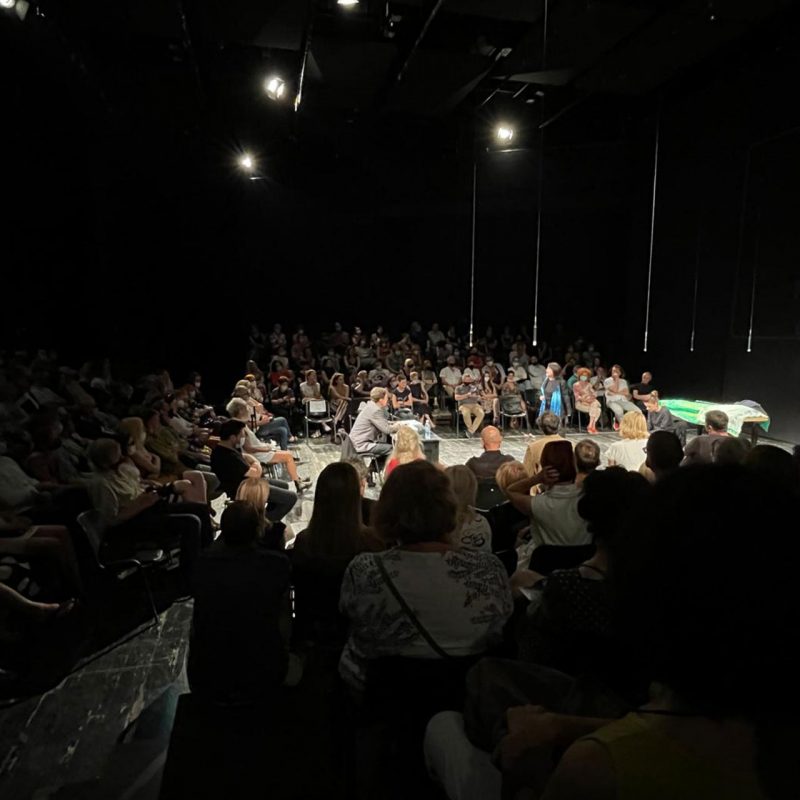 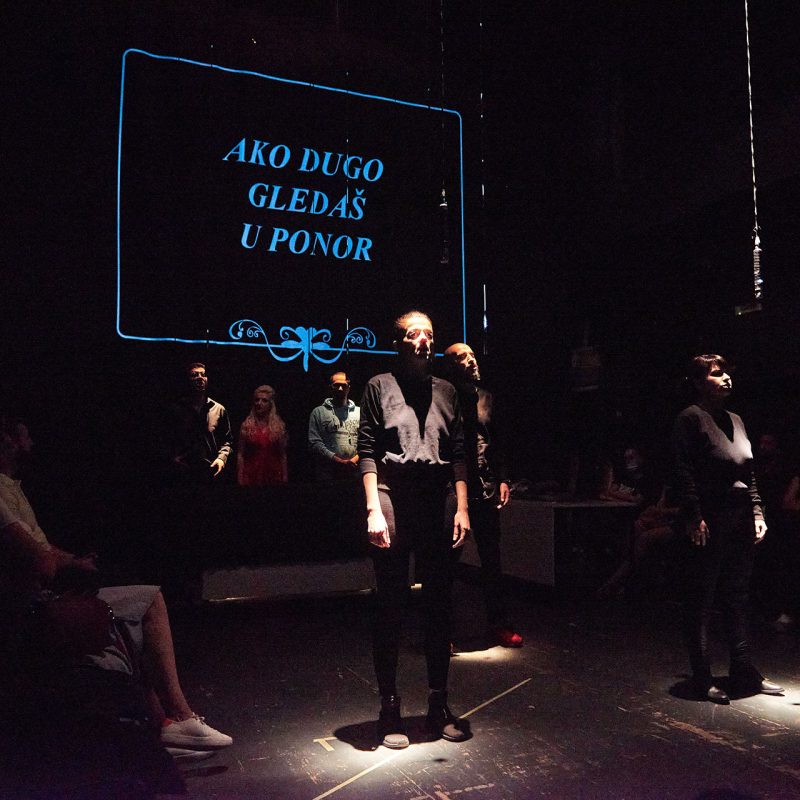 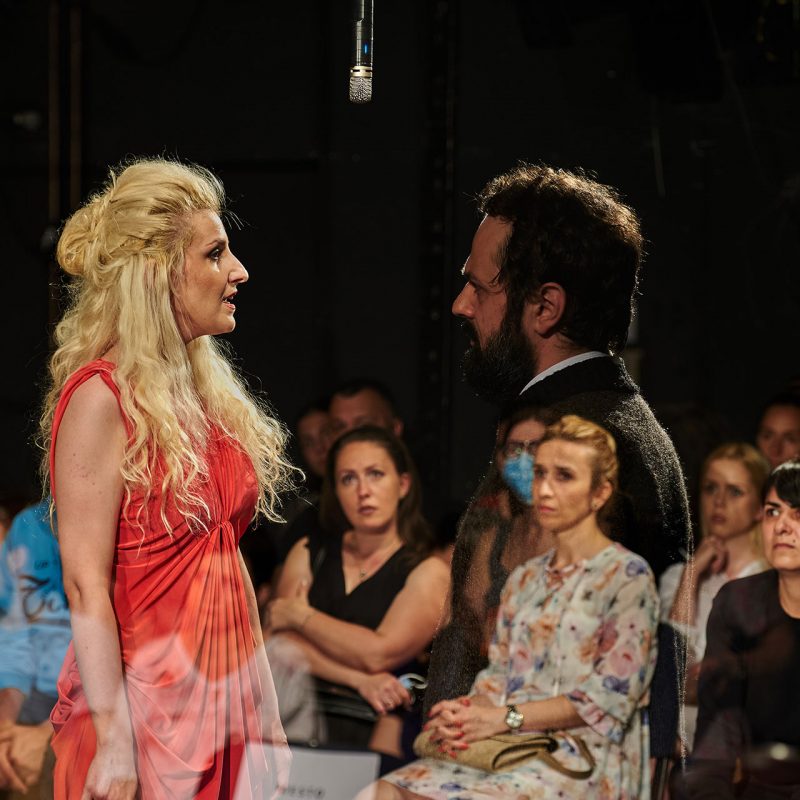 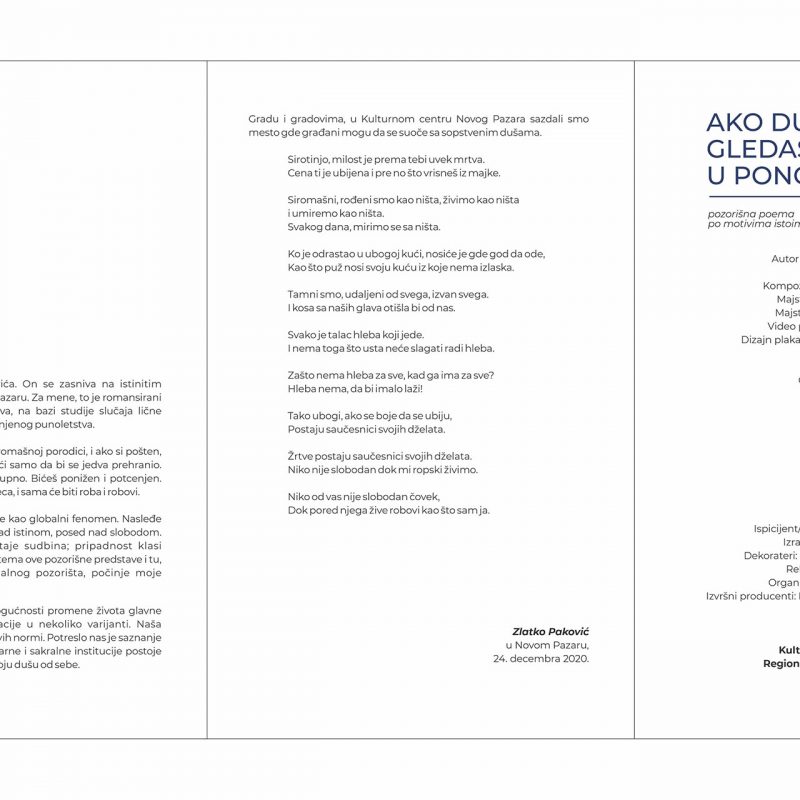