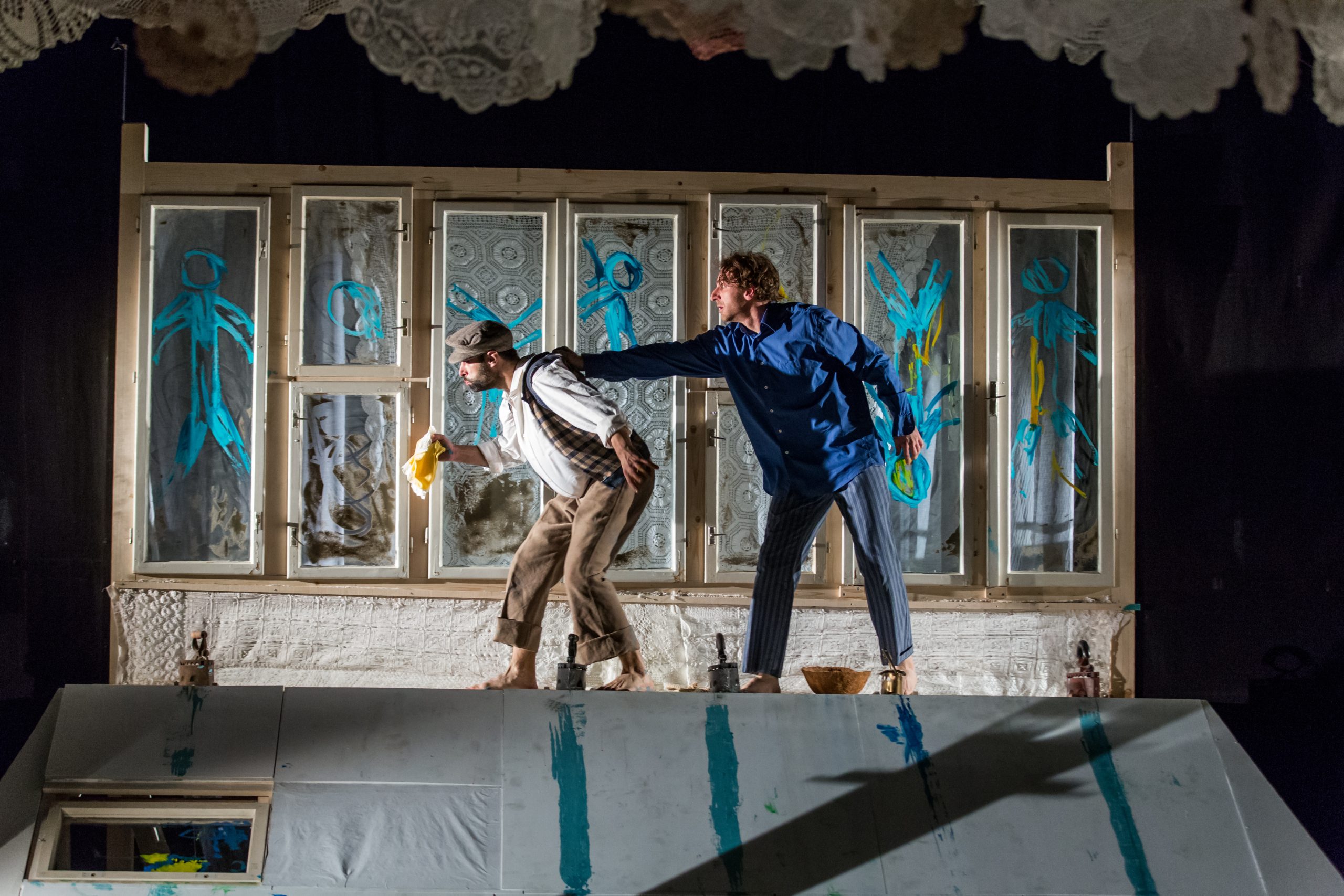 Production: Novem Theatre Association, the National Theatre in Subotica and the Regional Creative Workshop from Kanjiža, to commemorate the 25th anniversary of the death of Pál Petrik and The Day of Hungarian Fine Arts in Vojvodina.  / Serbia

The play examines the relationship between painting and text, theatre and fine art, based on the motifs of the creative universes of the poet Ottó Tolnai and the painter Pál Petrik. Tolnai's favorite genre is fine art essay, and he is particularly interested in the works of Vojvodina artists, which are an inspiration for theatre makers as well. Petrik's world of paper and sand mixed with oil interacts with objects, special even in their quotidian existence, and which Tolnai has brought in. This interaction sets off endless strings of associations. The process of creation becomes a stage action, acts of fine art actually create on stage, all the while typical characters of our environment, Vojvodina countryside and towns, appear; carousers and tramps, barflies and artisans, the enamored and love seekers, anti-heroes and holy fools. Famous grotesque characters, whose intertwined stories become almost a work of art from the perspective of an old man who sees the world through a child's imagination.

SYMPHONY OF NONVERBAL THEATRE QUICKSAND By Ottó Tolnai and Pal Petrik Before I write a commendation for the play Quicksand from Subotica, it is necessary to explain the theatrical concept applied in the selection of plays by the curator of this year's Festival, Vlatko Ilić, director and theatre educator, who also chose the slogan "All theatrical machines: stories, pictures, affections" for FPTV. He says that "theatre must provide an experience of living differently in a world where people would find themselves... i.e. to offer the audience more than mere entertainment." Which was also evidenced by the performance of Quicksand, and at the same time, in a way, explained by this year's absence of theatres from Kikinda, Vršac and Zrenjanin. Which probably wasn't due to lack of quality, but for reasons of the repertoire concepts. Truth be told, Ilić's phrase "theatrical machine," as a consequence of modern times, I would say, traces its roots in the syncretic phase in the development of art, from the early days of the collective and ritualistic "performance" of game, painting, music and dancing. But it didn't prevent the Subotica artists from capturing the magical power of contemporary stage reading of theatre and life in Quicksand. This wondrous stage vision, entirely within the framework of nonverbal theatre, created on the matrix of dreamy poetry by the novelist Ottó Tolnai, painted and "framed" in the fine arts museum of the painter and set designer Pal Patric, using a lavish "theatrical machine," operated by Kinga Mezei, has been achieved as a true symphony of "re-enchantment of the world." For those who haven't seen this performance, I'll try to define the elements that characterize it. The story, therefore, is nonexistent because poetry, this time Tolnai's, the purest one and has no theme, it only has "staging" of feelings, effects, thoughts, images, metaphors and "music." In Quicksand, Tolnai springs up from the counterpoint of Vojvodina's provincial and primordial life, yesterday/today, here and everywhere. All of this is incorporated into the ethnography and the world of ambient objects, which are simultaneously active elements, a stage frame and the materialization of the independent life of things. These axes, saws, stools and chairs, wine bottles, tugs, windows, doors, scarves, skirts, fake birds, eggs, brandy glasses, "razors", irons, live as a part of the overall imagination of the (ab)normal world of the plains, as part of the symphony of this dream vision, but also as a standalone and autonomous speech of things, of that parallel world whose existence does (not) depend on people. The dramaturgy of this permeation of action, effect, artifacts and acting, thanks to Tamás Oláh, seems logical and well-timed. And those people, typical but also unusual and universal, are played, interpreted, created and imbued with life by, in this stage vision, which she creates, but primarily imagines, stages and all by herself, directly on stage, performs Kinga Mezei, followed by Tamas Hajdu, Erwin Pálfi and Nándor Szilágyi. They do it with pantomime, choreography, ballet, dancing but above all with acting, through the power of expression, honesty, truth, and faith in what they do. Until, and beyond the limitations of artistic and human stage life. Four actors have filled this theatrical event, and imaginary/real space, with themes, symbols and metaphors of primordial and artistic spirituality. But the spirituality purged of the banality of the transient. What remains is the very poetic and primordial essence of what is archetypal between life and death. There are differences in the intensity, strength and manner of their play, but it still precedes the unique whole of surrender and giving in the theatre system and the "machine" of this play. For this reason, it wouldn't be fair to insist on differences. Except for Kinga Mezei's part as the director and actress, who played the biggest role in creation and realization of Quicksand. The set, which is a very important and interactive part of this impressive project, was designed, quite noticeably, by Kinga Mezei and Peter Ondrášek, while Erika Janović effectively created the costumes as stylized provincial artifacts. The music of Alberto Marcos and Szilárd Mezei, "aided" by Monteverdi, Stravinsky, Schubert and Enescu, is an important and impressive part of this performance. In the coming days, it is up to the festival audience to see how the curator's concept and choice function in "verbal" performances. Zoran SLAVIĆ, writer and theatre critic source: https://ilovezrenjanin.com/kultura/pozorisna-kritika-simfonija-neverbalnog-teatra/ 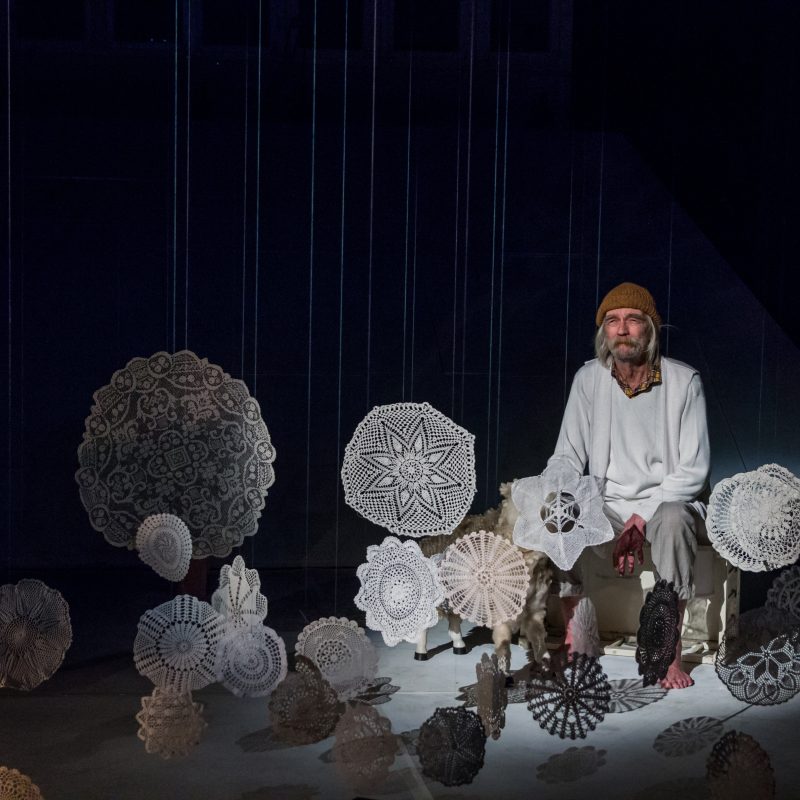 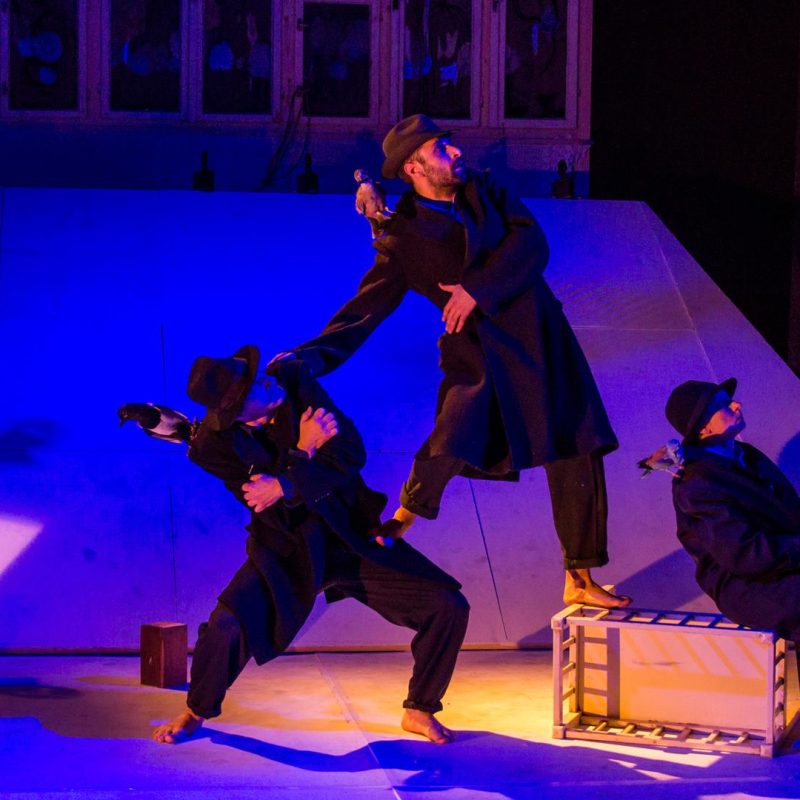 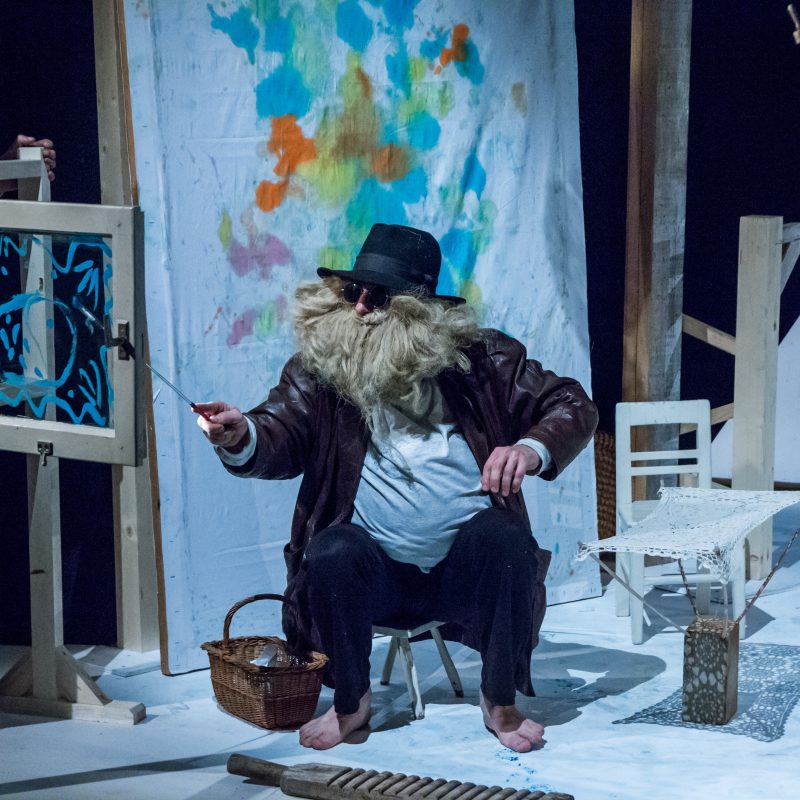 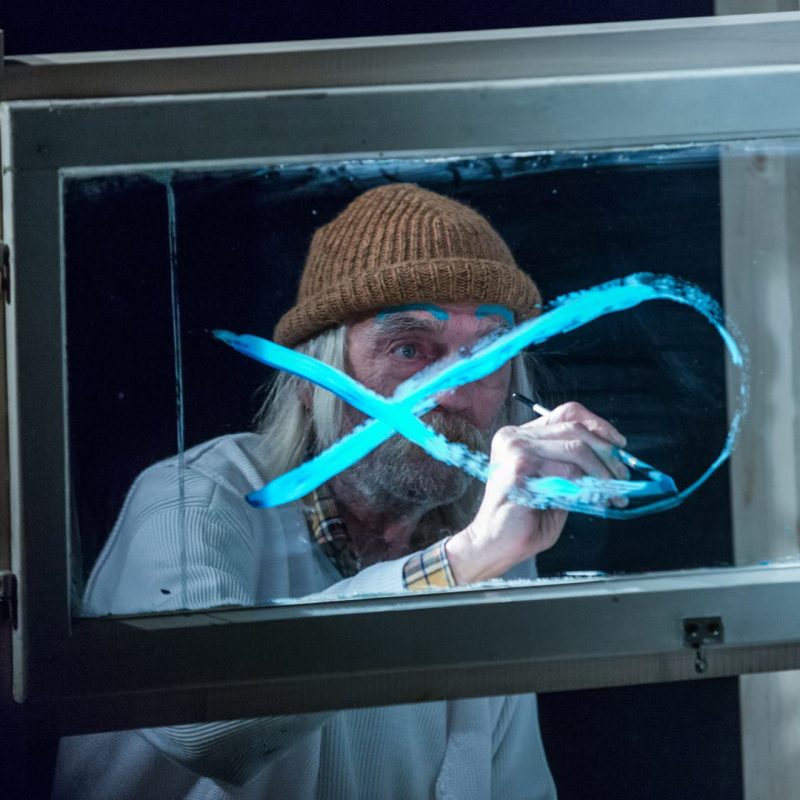 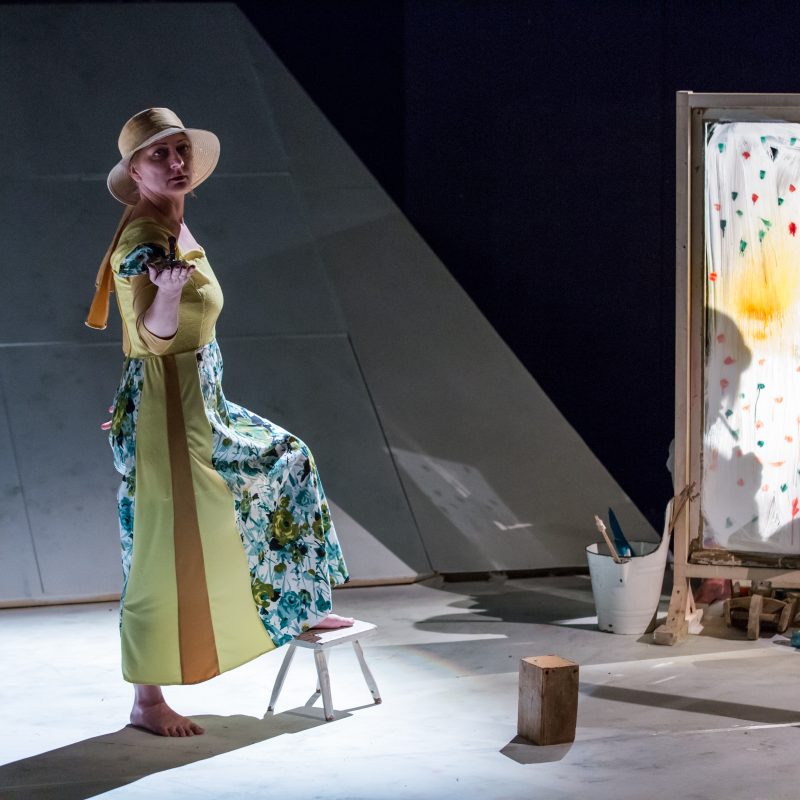 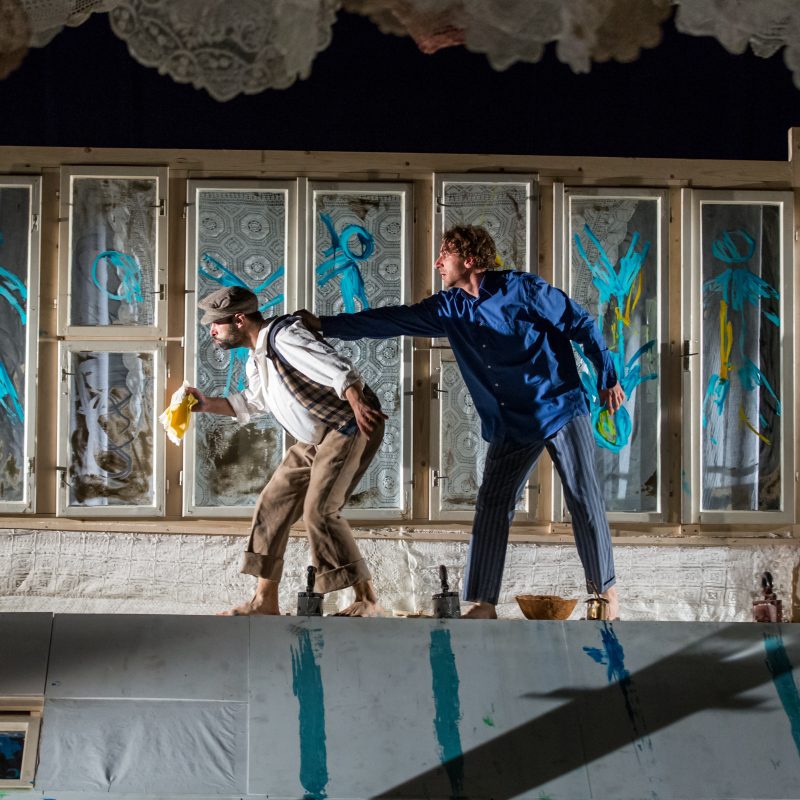 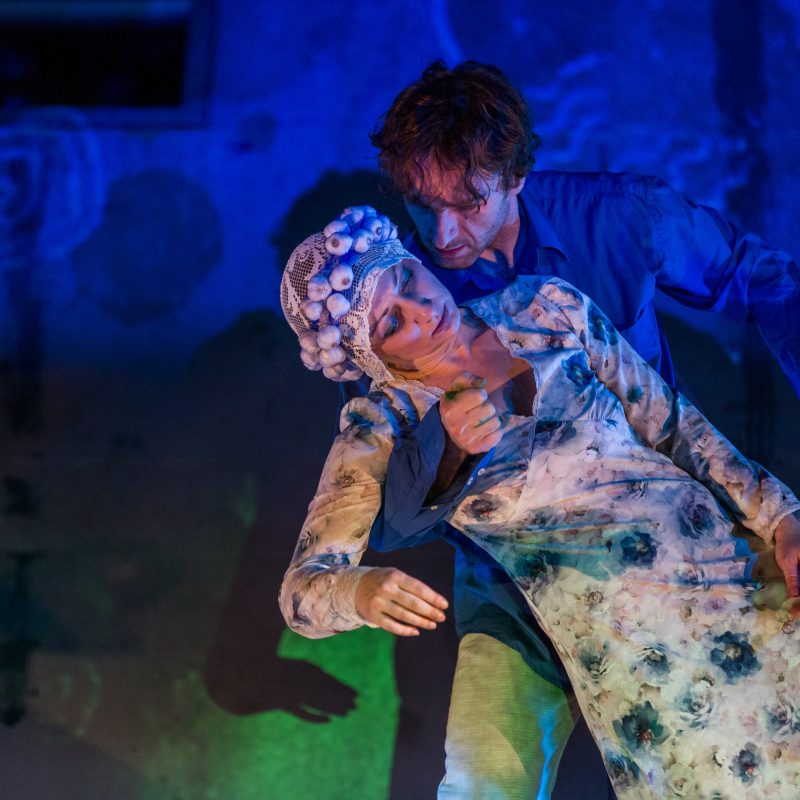 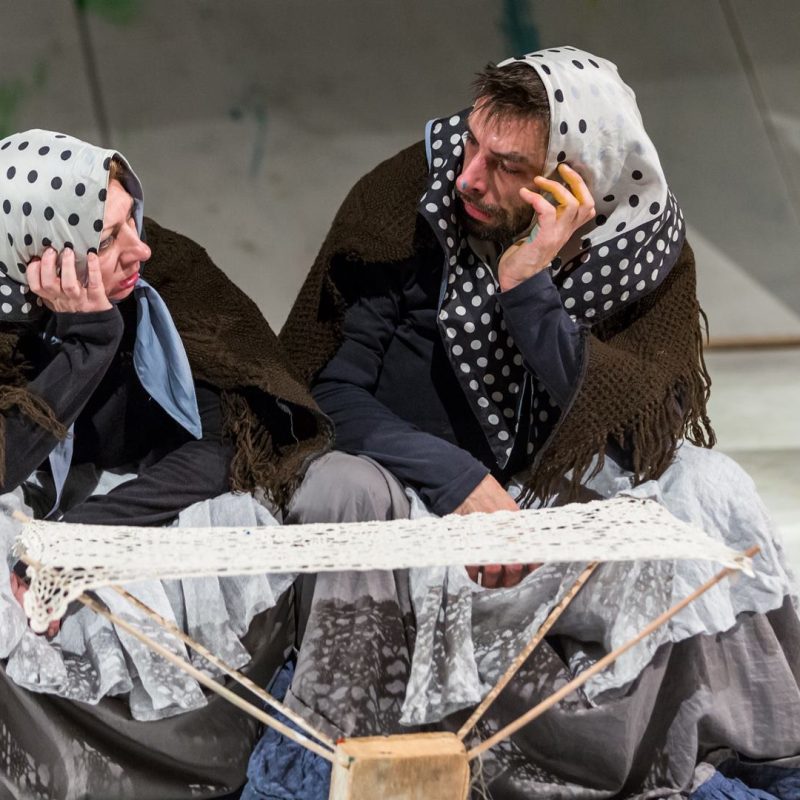 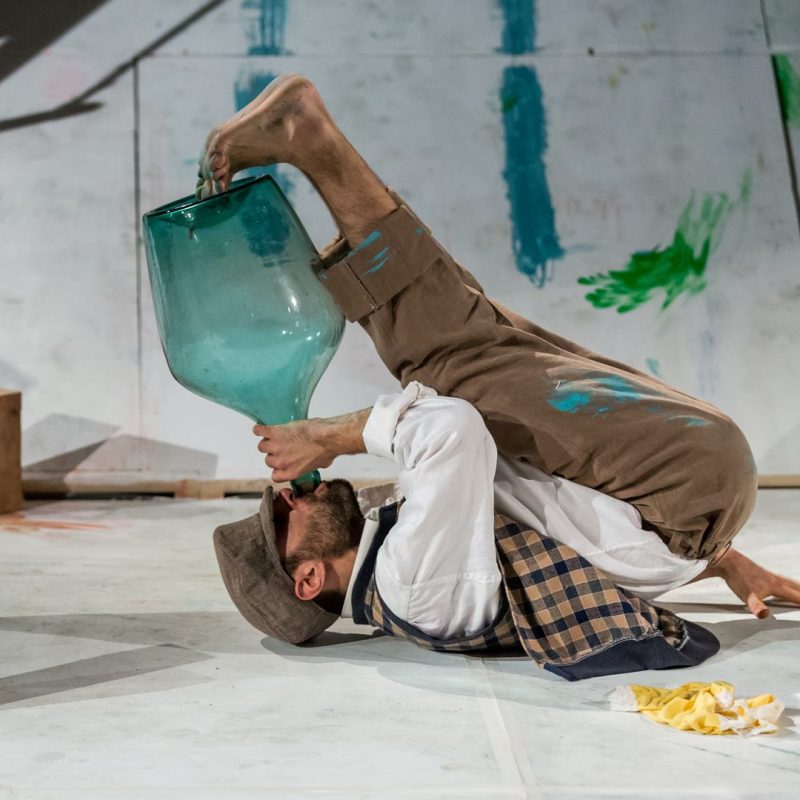